Recognizing excellence in the afterschool field

Afterschool programs nationwide work tirelessly to advance literacy, STEM learning, and other critical subject areas. The Afterschool Alliance and our generous funders are committed to recognizing these efforts—learn more about our award opportunities and get inspired by past winners.

View the full RFP and submit your application here.

On behalf of the New York Life Foundation, the Afterschool Alliance invites out-of-school time programs to apply for a competitive grant opportunity to support and bolster the ability of afterschool and summer learning programs to help prepare middle school students for success in high school, college, and life.

Why was the Aim High Program created?
The New York Life Foundation created the Aim High grant program to support the ability of local community-based afterschool and summer learning programs to provide the foundational skills and guidance that middle school students need to be prepared for the critical transition into high school.

One-Year Grants:
This year, there will be two 1-year grant opportunities. The first, will support racial equity and social justice efforts. The second, will focus on youth well-being. The New York Life Foundation recognizes that we are living in a pivotal time when it is imperative to build on the ongoing commitment to support an equal and just society, as well as the well-being of youth.

Two-Year Grants:
These focus on supporting programs in enhancing direct service activities, technical assistance, capacity building, and their efforts in continuing to serve youth while facing the challenges of the pandemic and beyond.

Join our webinar on December 15th at 3 p.m. ET to learn more about this opportunity. Applications are due February 1, 2023 at 5 p.m. ET; view the full RFP and submit your application here.

Questions? Check out our FAQ!

We are proud to announce that this year’s Dollar General Afterschool Literacy Award winner is Columbus State Community College’s ESL Afterschool Communities (ESLAsC)! Thanks to the generous support of the Dollar General Literacy Foundation, the Ohio program is the recipient of the $10,000 award and is featured in a Dollar General afterschool literacy issue brief, Afterschool Providing Key Literacy Supports to English Language Learner Students. 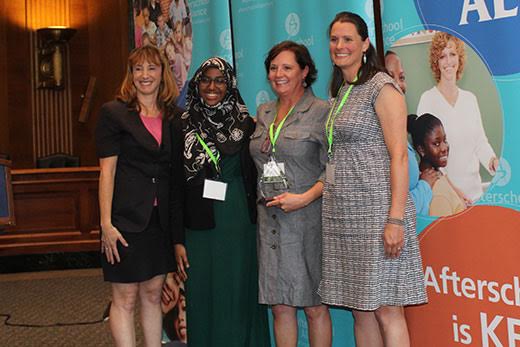 With a student population comprised of 100 percent English language learners, 99 percent of whom live in low-income families, the program stood out from more than a hundred nominations for its wraparound approach to supporting both students and families. In addition to individualized instruction and a diverse set of literacy activities for their students, ESLAsC performs home visits, provides social service referrals, and offers translation services to the families in their program.

Originally the idea for ESLAsC came from parents and community members who attend the community college’s basic English classes and expressed a need for similar programming for their children. Since 2002, the program has grown to serve four schools and one community center. It remains a central part of the communities it serves, performing a six- to nine-month community needs assessment before opening their doors and gaining the support and buy-in of school-day staff, community-based organizations, parents, and community members at the outset.

The program was recognized at the Afterschool Alliance’s annual Afterschool for All Challenge.

Learn more about ESLAsC in their Afterschool Spotlight, as well as five additional programs featured in the issue brief: 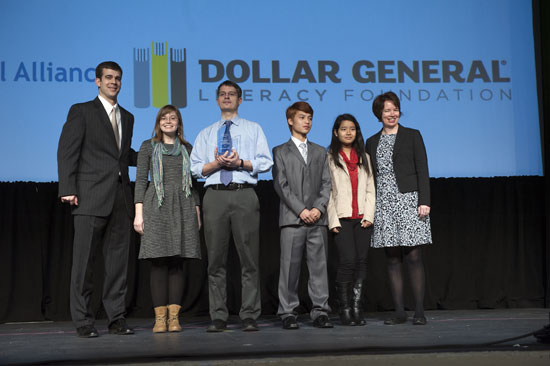 The New American Pathways’ Bright Futures Afterschool Program, located in Atlanta, Georgia, was awarded the first-ever Dollar General Literacy Foundation and Afterschool Alliance joint Dollar General Afterschool Literacy Award in 2015. Bright Futures focuses on ensuring that Atlanta’s refugee students are academically prepared to enter high school—providing targeted one-on-one support to students who are at the highest risk of falling behind academically, as well as offering a host of support services to families, including helping students’ parents understand and navigate a school system that is new to them.

Located in Corbin, Kentucky, 2016 Dollar General Afterschool Literacy Award winner Redhound Enrichment stood out among more than 150 nominated programs for its excellence in providing literacy support to its K-12 students during the school year and into the summer. The Dollar General Literacy Foundation presented the award to Redhound Enrichment’s executive director, Karen West, at the National AfterSchool Association’s annual convention in Orlando, Florida. West shared that the program will use the $10,000 award to provide professional development and literacy instruction for its staff.

Learn more about Redhound Enrichment, as well as other programs offering literacy-related programming to help students build on school-day lessons and take advantage of the summer months, in the Dollar General afterschool literacy issue brief, Taking a Year-Round Approach to Literacy. 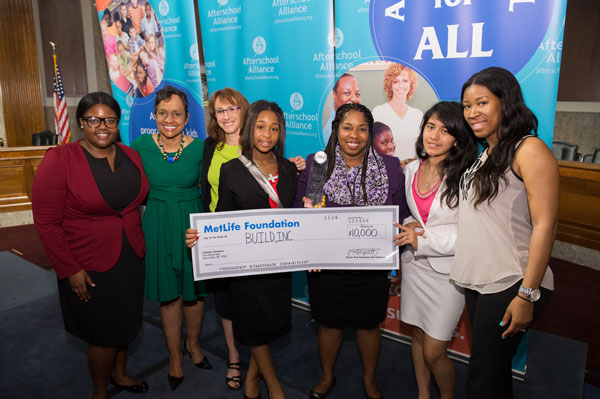 The MetLife Foundation Afterschool Innovator Awards were able to shine a light on the myriad of ways afterschool programs support their students, families and communities, addressing topics from keeping kids safe and supported in the hours after school to fostering parent engagement to helping students become more involved in their community. More than 20 MetLife Foundation issue briefs and half a dozen compendium pieces were written to delve into the critical issues facing children, schools and communities and the vital role afterschool programs play to address these issues. 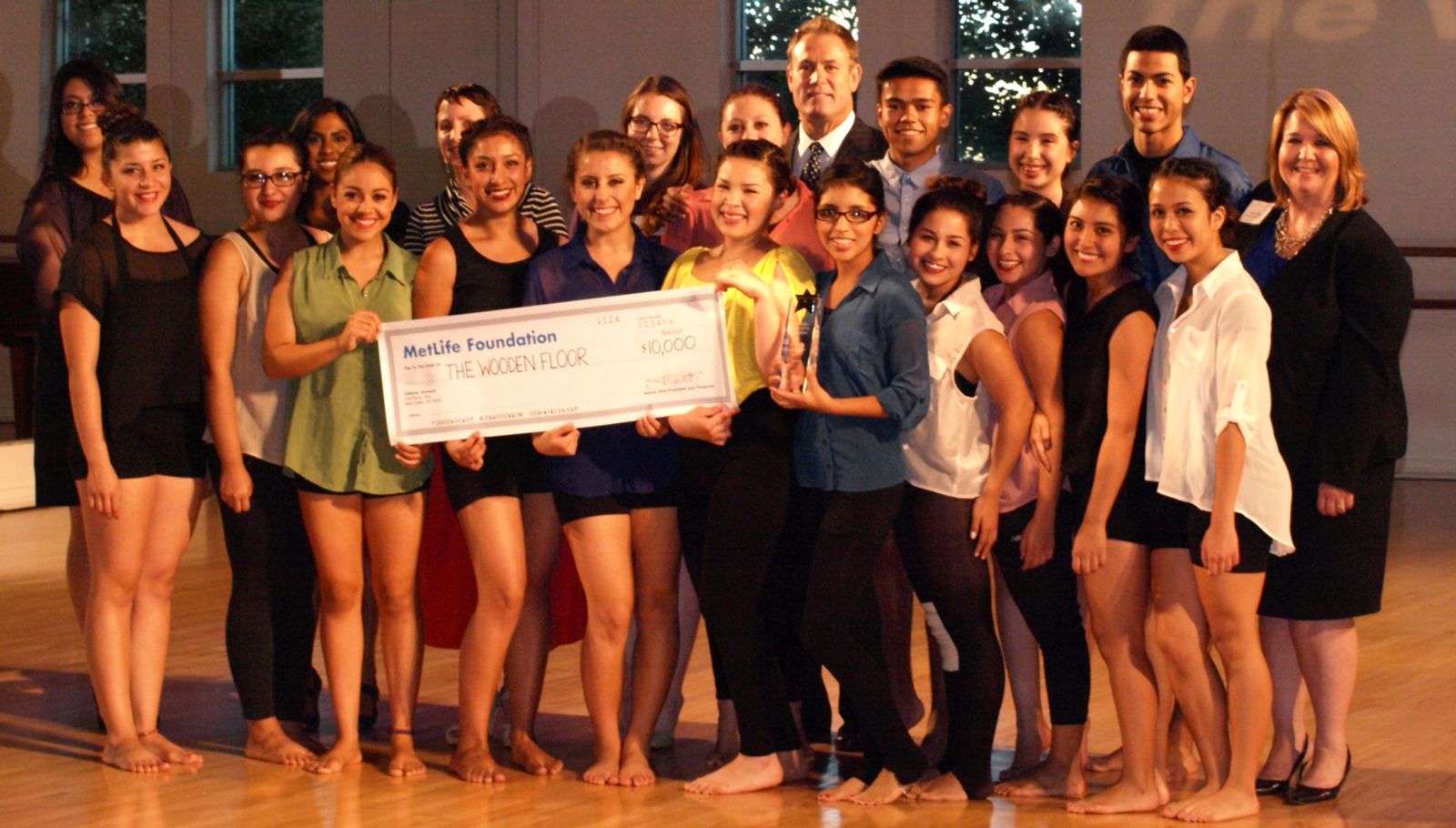 From 2007 through 2014, the Afterschool Alliance and MetLife Foundation worked together on the MetLife Foundation Afterschool Innovator Awards to raise awareness about the innovative and exemplary work taking place in afterschool programs around the country. We continue to be inspired by these past winners who have made so many important contributions to the field over the years.

During the course of the awards’ six rounds, more than 20 MetLife Foundation issue briefs were written to delve into the critical issues facing children, schools and communities and the vital role afterschool programs play to address these issues.

Afterschool Supporting Students with Disabilities and Other Special Needs (February 2014)

Literacy in Afterschool: An Essential Building Block for Learning and Development (November 2011)

Afterschool: Key to Health and Wellness for Pre-Teens and Teens (November 2010)

Afterschool: A Place for Older Youth to Mentor and Be Mentored (September 2009)

Afterschool: A Powerful Path to Teacher Recruitment and Retention (July 2007)

During the course of the awards’ six rounds, more than a half dozen MetLife Foundation compendium pieces were written to delve into the critical issues facing children, schools and communities and the vital role afterschool programs play to address these issues.

In Spring 2013, the Afterschool Alliance and the Noyce Foundation invited applications for two $10,000 Afterschool STEM Impact Awards. As afterschool STEM programming grows around the nation, we wanted to recognize programs that are clearly demonstrating an impact on participants. Such programs highlight the power of afterschool programs as key partners in STEM education reform and also serve as best-practice models. We received almost 200 applications across the two award categories:

WINNER: Science Club, a partnership led by Northwestern University with the Boys & Girls Club of Chicago and teachers from Chicago Public Schools.

It was a tough decision to choose just two winners from among so many excellent programs! The Afterschool Alliance promoted Science Club and Project GUTS nationally through a variety of opportunities. Both programs hosted their own Lights On Afterschool events and were featured in a special series of issue briefs, participated in webinars, co-presented at national and state conferences, and were continuously highlighted as model programs.